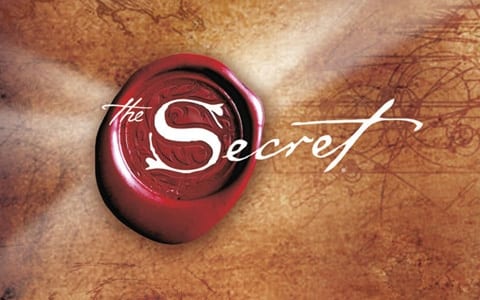 Yes these are quotes from the book. Great job grabbing people’s attention but aye nae bother Bob. And John, that sounds great, please sign me up. I suppose that people living in famine just lost their order form. People who pray for rain to come every day so their crops won’t fail actually just feel deep down that they deserve to be mal-nourished or they would be attracting more abundance?

The law of attraction states that we attract into your lives what we focus our thoughts on. The is based on the idea that people and their thoughts are made from “pure energy”, and that through the process of “like energy attracting like energy” our thoughts manifest into realities in our experience.

Recently I saw Will Smith in a Video saying: “You just put it out there and the universe will go on, open up and make it happen for you.” I was like sure, if you happen to be a world famous multi-millionaire then yeah, why not, you can probably manifest just about anything you want. If you are living in a slum in Haiti or a camp in North Korea on the other hand, all the positive thinking in the world is not likely to get you a Bentley. Why not? because for some, people, poverty and a million other physical circumstances are acting as blocks against the workings of the Law of Attraction.

The Secret makes out that all these blocks are in our minds: if we are not getting what we want it’s because we are preventing “abundance” from coming through. If we just believe that things are possible, they will become possible. Nice bedtime reading for middle class America, but if this was true we’d all be teleporting from our yacht to the moon every Saturday night.

There must be more to this story though, because we know that some of the greatest thinkers in the world have told us, and some have also proven, that we CAN make things happen by focusing on them, believing that they can happen and directing our energy towards them. This is exactly what religious people are doing in prayer, and we have all heard amazing stories of triumphs over adversity achieved by people with immense faith and vision. I would personally go as far as to say that SOMETIMES, with enough faith and desire projected towards something, miracles can happen.

There is a spanner in the works somewhere, which is that the Law of Attraction is not the only law by which the universe is governed. There are things that can stop our desires and intentions from manifesting beyond the strength of our belief and the depths of our desires. The Secret kinda forgot to mention these.

Imagine the Law of Attraction as a force like gravity: if you drop an empty can of Iron Bru from a tenement window, the law of gravity will pull it towards the ground. This does not necessarily mean that it will hit the floor. If there is a tree beside your flat it may land in the tree and get stuck, this is because something physical has blocked the force of gravity from working so that it hasn’t pulled the can down to land in the street.

If there is a giant super-powered magnet attached to the wall of a building in some crazy sci-fi world (work with me here people), the can will stick to the magnetic wall: Another force has interfered and redirected the course of action in this case. Finally, if someone who has great hand eye co-ordination and a grip of steel catches the can, it will not hit the ground: Another person has interacted with the situation and changed the fate of the can.
Taking this to an energetic level, someone else’s vibration could interfere with yours if you both want different things, thus creating a vibrational battle with sub- atomic particles bouncing off each other into parallel universes. Like a kind of firework display for quantum physicists, but my head is about to explode so lets’ not go there.

So is that it? The game’s a bogy and we are all screwed, as we have no way to ensure that the Law of Attraction will work, even if we are manifesting like absolute juggernauts and sending out the most spectacular vibrations the universe has ever seen. This would be a pretty un-motivating blog if that was my conclusion. Keep the faith! Our ability to manifest our desires is the strongest power that we have in this world. The laws of the universe are something we are guaranteed never to understand. We will never know what obstacles our vibrations may meet on their way to the fruition of our deepest desires. What we do know, is that they will never be a waste of energy.

They may manifest instantly, they may manifest in ways we did not expect, or they may never materialise, but at least we gave it a shot. At least we did every single thing, with the strength of our entire being, that we could physically, mentally and spiritually to make things happen. If there are obstacles in our lives preventing us from getting what we want, let’s make damn sure they’re not coming from ourselves or our fears. Let’s be dream catchers; let’s be absolute magnets for magnificence. By believing things we are allowing and helping them to happen, so dream big, attract everything good that is in any way available to you and be open to as many possible possibilities as you can imagine!