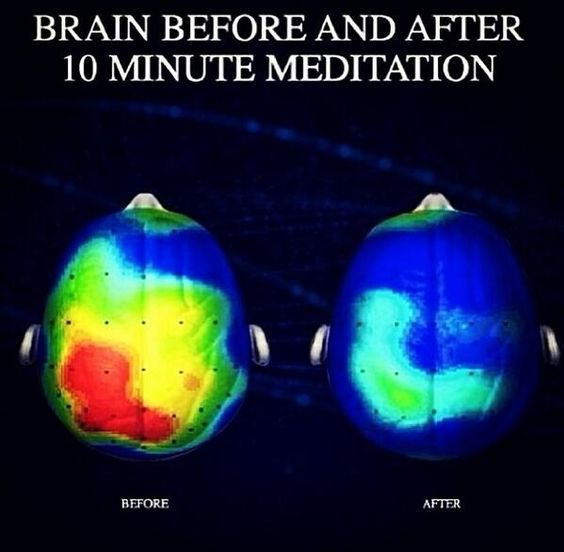 Using MRI scans like these, studies have found more brain cells in certain brain areas in people who regularly practiced yoga, as compared with control subjects.

Yogis have been found to have larger brain volume in the areas relating to body awareness, directing attention, and vision. The hippocampus, a region critical to dampening stress, has also been show to be enlarged in yoga practitioners, as were areas key to our concept of self.

Many studies have show changes like this happening to the brain from yoga and meditation but a new study shows for the first time that gene activity changes too. Herbert Benson of the Massachusetts General Hospital in Boston found that after practicing a 20 minute meditation daily for eight weeks, volunteers showed changes in their gene profiles with beneficial genes boosted and harmful genes deactivated.

Clusters of genes that became less active were related to high blood pressure, heart disease, inflammatory bowel disease and some cancers. The boosted Genes he boosted genes had beneficial effects including boosting insulin production, which improves control of blood sugar and helping to keep DNA stable and so prevent cells wearing out and ageing.

Check out the links below to find out more;